Dr. Viktor Bruckman holds a Ph.D. in forest sciences at the University of Natural Resources and Life Sciences, Vienna, Austria, where he graduated 2012 with the Dissertation titled: “Carbon in Quercus forest ecosystems – Management and environmental considerations”. He is currently working for the Austrian Academy of Sciences, where he holds the positions of NMO Secretary of the Austrian IIASA Committee and Administrative Assistant for the Commission of Interdisciplinary Ecological Studies. Since 2017, he holds the position as lecturer at the University of Natural Resources and Life Sciences (BOKU), Vienna. Dr. Bruckman is involved in several national and international Projects as principal researcher and research partner. He served as Guest Professor at the University of Tokyo, Graduate School of Frontier Sciences in 2015. He is founding chair of the Task Force “Forest Biomass Network” of the International Union of Forest Research Organizations (IUFRO), and he is board member of the division “Energy, Resources and the Environment” of the European Geosciences Union (EGU). His research focuses on carbon in forest ecosystems, biochar, and sustainable forest management, with the majority of international activities in Southeast Asia and boreal forests. He is author of more than 30 scientific papers, book chapters and reports and editor of “Biochar”, published at Cambridge University Press.

Dr. Outi Meinander, PhD, is a senior research scientist at the Finnish Meteorological Institute (FMI Climate Research Programme, Atmospheric Composition Research Unit, Atmospheric Aerosols Group, Aerosols in snow WG) in Helsinki, Finland. She has her university degrees in environmental sciences and meteorology, from the University of Helsinki. She is interested in the effects of aerosols and impurities on the cryosphere and Arctic climate change. She has specialized in atmospheric radiation and effects of black carbon and Icelandic dust on snow albedo, melt and density. Her research expertise also includes studies on ultraviolet radiation (UV), spectral irradiance and albedo, and libRadtran RT modeling. 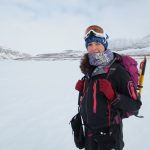 Dr. Kathryn Adamson is a geomorphologist and sedimentologist working at Manchester Metropolitan University in the UK. She is interested in the response of glaciers and river systems to climate change, over modern and Quaternary timescales. Her research has focused on recent glacier change and meltwater processes in Iceland and Greenland, and Quaternary glacier and river behaviour in Montenegro, Norway, Greece, and Britain. She has worked at Arctic Station and Zackenberg in Greenland with support from Transnational Access. Next summer, she will continue her studies at the Villum Research Station at Station Nord in Greenland. 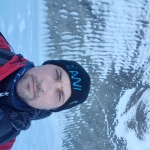 Dr. Juri Palmtag holds a Ph.D. in Physical Geography from Stockholm University, Sweden and is currently working as a postdoctoral researcher at Northumbria University, UK. During his Ph.D. his reseach focus was on the spatial distribution of soil organic carbon and nitrogen in complex permafrost environments, emphasising the soil forming process of cryoturbation. Currently he is involved in the “Changing Arctic Carbon cycle in the cOastal Ocean Near-shore” (CACOON) project that investigates the fate of organic matter released from thawing permafrost into streams and rivers and subsequently discharged to the Arctic Ocean. An improved understanding of how this vulnerable organic matter is transformed, mineralized and released during transit through the highly reactive and understudied nearshore estuarine environment is crucial for examining the fate and influence of terrestrial organic matter on the Arctic Ocean. Juri has over one-year of total time spend in the Arctic, he participated in 14 Arctic expeditions, during 6 of those as the expedition leader. Several of these expeditions with support from INTERACT Transnational Access.

Dr. Angela Luisa Prendin is a forest ecologist interested in plants structure-function relationship and structural adaptations to the environment. Her recent research focus on quantitative wood anatomy to better understand how arctic and alpine shrubs adjust their structural architecture in relation environmental and climatic variability and extreme biotic events, upscaling the results from local to landscape scale. She is currently a Marie-Skłodowska-Curie Fellow at the Ecoinformatics & Biodiversity section, Department of Biology ​at Aarhus University, Denmark. During the summer 2019, she visited the Greenland Institute of Natural Resources (GINR) – Pinngortitaleriffik Grønlands Naturinstitut, the Sudurnes Science and Learning Center in Island and the Faroe Islands Nature Investigation (FINI) (Jarðfeingi) with the support of Transitional Access (TA). Next summer, she will continue her research at the Abisko Scientific Research Station in Sweden and at the Kevo Subarctic Research Station in Finland with support from TA. 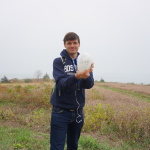 Dr. Danny Haelewaters is a mycologist with a keen interest in understudied groups of fungi in understudied habitats. He holds a PhD in organismic and evolutionary biology from Harvard University, where he graduated in 2018 with a dissertation called “Studies of the Laboulbeniomycetes: Diversity, evolution, and speciation”. Dr. Haelewaters is currently affiliated with Ghent University as a Junior Postdoctoral Researcher funded by Research Foundation–Flanders. His work revolves around a multitrophic hyperparasitic system involving bats, bat flies, and Laboulbeniales fungi. In addition, he studies the Leotiomycetes fungi, another underexplored clade of taxonomically and ecologically diverse fungi. He received support from the U.S. National Science Foundation (DEB-2018098) and Transnational Access to fill up distributional gaps of leotiomycetous knowledge in Central America (Darién Gap in Panama), southeastern Africa (Mozambique), and northern Asia (Siberia); and to generate multilocus and genomic-scale sequence data in order to improve evolutionary relationships in this class. 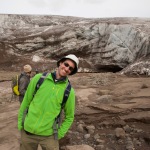 Prof. Jacob Yde is a glaciologist and glacial geomorphologist working at Western Norway University of Applied Science in Sogndal, central Norway. His research covers a wider range of topics related to glaciers and glacial landscapes, including glacial biogeochemistry, glacial hydrology, surge-type glaciers, and glacier-climate interactions. He has a particular interest for interdisciplinary research and currently leads a project on natural and societal consequences of glacier changes at Jostedalsbreen Ice Cap, Norway. He has more than 20 years’ experience in Arctic fieldwork and has conducted several seasons of fieldwork at the two INTERACT Field Sites at Arctic Station and Sermilik Research Station in Greenland. 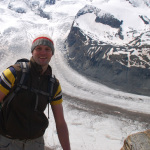 Dr. Stephen Roberts is a Quaternary Geologist at the British Antarctic Survey (BAS) in Cambridge, UK. His research focuses on reconstructing past environmental change from terrestrial records (principally, lake sediment and peat deposits). In 17 years at BAS, he has developed novel (bio)geochemical proxies that help to reconstruct past changes in wind, temperature, glacial history, changes in sea level, and place the impact of current and future climate change and modern pollution into a longer term, geological context. Dr Roberts undertook his PhD fieldwork in Iceland, investigating the use of volcanic ash deposits as chronological markers, and has since participated in numerous international field campaigns to remote and polar regions, including Antarctica, the sub-Antarctic islands, Chile, Iceland and New Zealand. With colleagues in Australia, he is currently investigating changes in past wind strength and more recent plutonium fallout associated with nuclear weapons testing on the islands of the Southern Ocean using lake and peat record. He is supervising three PhD students who are developing methods for detecting polymer contamination of (sub)Antarctic and Arctic terrestrial environments, investigating Holocene deglaciation in West Antarctica, and developing wind strength biological and geochemical proxies from lake sediments and peatland records from islands in the Southern Ocean. Last year (2020), he supervised MSc dissertation projects which examined lake sediment records of past glaciation in Southern South America, micro-XRF geochemical proxies for past changes in wind over Southern Ocean islands, bio-available iron inputs into the ocean from guano-rich terrestrial soils, changes in mercury deposition in lake sediments from Macquarie Island (Southern Ocean). He is a BAS Diversity Ambassador, and has been a mentor for the BAS Polar Horizons program, which aims to help increase equality, diversity and inclusion within Polar Science.